There’s something so satisfying about the experience of righteous anger (you know that feeling that wells up within us whenever we encounter something that is wrong, unjust, or otherwise destructive).  Righteous anger is a gift.  It lets us know that our conscience is functioning and it provides us with motivation to right the wrong that we observe around us.  For me, righteous anger usually sets off a pretty simple thought process: 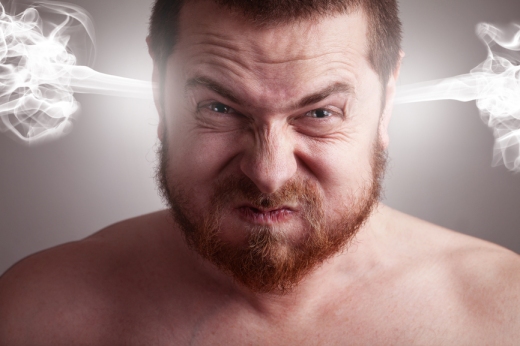 Yet before thought #3 transforms itself into action, we ought to remember the wisdom of our quotation:  A lot of evil has been perpetrated as a result of our efforts to eradicate it” .  This quotation, which is essentially a modernization of those old wise words: “in your anger do not sin”, reminds us just how often our attempts to bring justice create more pain.

The two are linked in that they have their origins in someone else’s wrongdoing.  However they produce entirely different types of behaviour.  On the one hand righteous anger produces firm but humble responses to evil, it prioritizes relationship above retribution, it keeps in mind the bigger picture/greater good, and it recognizes complexity and ambiguity.  Self-righteousness on the other hand is not only firm but brash and belligerent, it is overly simplistic, it focuses only on the wrong that has been done, it demonizes the other and saints the self, and it is only satisfied once it has received its pound of flesh.

Unfortunately most of the time we act more in the latter category and so it is no small wonder to discover the truth of our quote.  As a person of faith the instances of self-righteousness that stick out to me are the ways in which some of my fellow believers can label entire segments of society as morally bankrupt or conversely how people can label my religion as being “hateful” or “uncanadian”.  I also can’t help but be mindful of how often self-righteous behaviour describes our interaction in our familial relationships.  We feel like we must “punish” our relations for their selfish behaviour and so we use abusive words, the silent treatment, or other harmful behaviour that does nothing but exasperate the problem. 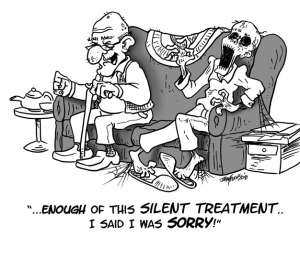 What we need to learn as a human race is how to be righteous in the midst of our anger.  Make no mistake this is likely one of the hardest lessons that we can learn as it requires figuring out how to deal with the injustice that has been done in a way that takes it seriously without compromising the need to maintain a relationship with the offender.  The difficulty of meeting both of these objectives is part of the reason why examples of righteous anger are the exception to the norm of human behaviour.  Actions like those of Rosa Parks or the Amish community that forgave the man who murdered several of their school aged children are seen as, well…impossible—actions that only the few saints among us can perform.

As rare as it may be I believe it is our calling to take this road less travelled as it is the only way that frees us to bring healing and redemption instead of more heartache.  So please let us shut our ears to self-righteousness’ siren song and instead heed the warning “in your anger do not sin”.  Lord have mercy.